A Mild Week for the Market

Nothing really catalytic emerged to drive the market last week, and volumes were low.

More than 78% of S&P 500 firms reporting so far this earnings season have surpassed analyst expectations, according to FactSet. Since guidance tends to be conservative, there is the possibility that more companies will beat forecasts than expected.[v]

The initial public offering market remained strong. Two high-profile technology companies came public on Thursday and were met with enthusiasm from investors. As mentioned in recent weeks, 2019 could be a banner year for IPOs.

March’s 1.6% gain was the biggest monthly advance seen since September 2017. Sales of cars and gasoline rose more than 3%.

If the upcoming March consumer spending report is also impressive, concerns about the current business cycle peaking may recede.[vi]

Nearly 800 companies will report earnings this week, including some high-profile names. This kicks off five weeks of active daily earnings reports.

Investors will watch corporate profits, guidance, and fundamental indicators with great interest, to try and glean whether the economy is strengthening or softening. Reports on first-quarter economic growth and existing home sales will command particular attention.

The content is developed from sources believed to be providing accurate information. The forecasts or forward-looking statements are based on assumptions and may not materialize. The forecasts also are subject to revision. The release of data may be delayed without notice for a variety of reasons, including the shutdown of the government agency or change at the private institution that handles the material. 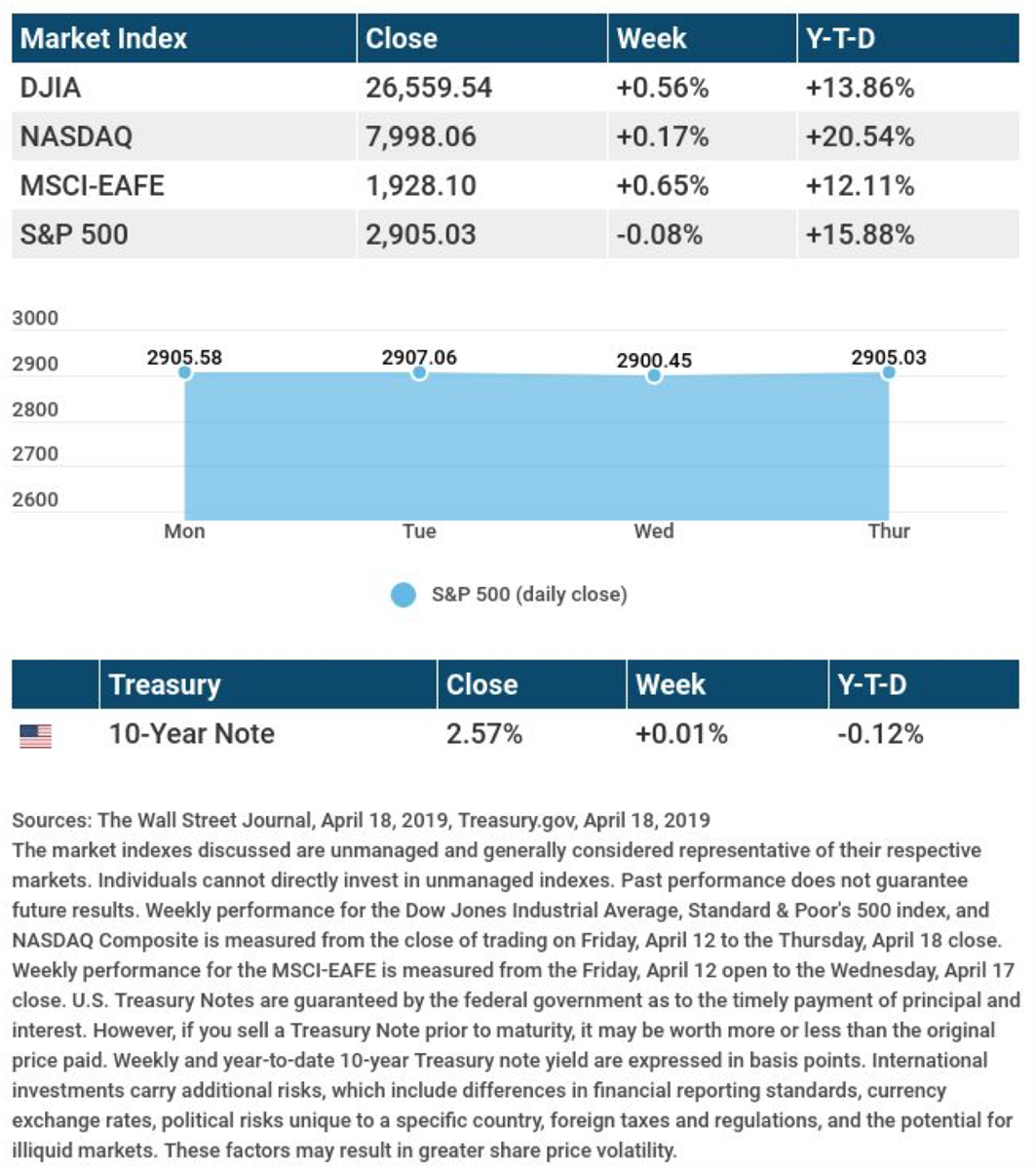