Stocks rose last week, with help from two developments: the announcement of further U.S.-China trade talks as well as August hiring and manufacturing numbers that seemed to bolster the argument for a rate cut by the Federal Reserve.

Trade representatives from the U.S. and China are planning to head back to the negotiating table early next month. This news came Thursday from China’s ministry of commerce, which confirmed a verbal agreement among Secretary of the Treasury Steven Mnuchin, U.S. Trade Representative Robert Lighthizer, and Chinese Vice Premier Liu He.

Formal trade discussions between the U.S. and China last happened in July. China has said that it wants punitive U.S. tariffs on its products removed in the event of a deal.[iv]

Payrolls expanded with just 130,000 net new jobs in August, according to the Department of Labor; 25,000 were temp jobs linked to the federal government’s 2020 Census. The main jobless rate stayed at 3.7%. The U-6 rate, which measures both unemployment and underemployment, rose 0.2% to 7.2%.

A key gauge of U.S. factory activity, the Institute for Supply Management’s manufacturing purchasing manager index, fell to 49.1 in August. A number below 50 indicates factory sector contraction. Some investors took these hiring and manufacturing reports as hints of a slowing economy, one which the Federal Reserve could potentially try to stimulate with an interest rate cut.[v],[vi]

August inflation data arrives this week, and if looks especially mild, it may amount to another suggestion that the Fed should ease. The European Central Bank concludes a meeting on Thursday, and Fed officials will certainly pay attention to its latest policy statement.[vii]

Friday: The August retail sales report from the Census Bureau. 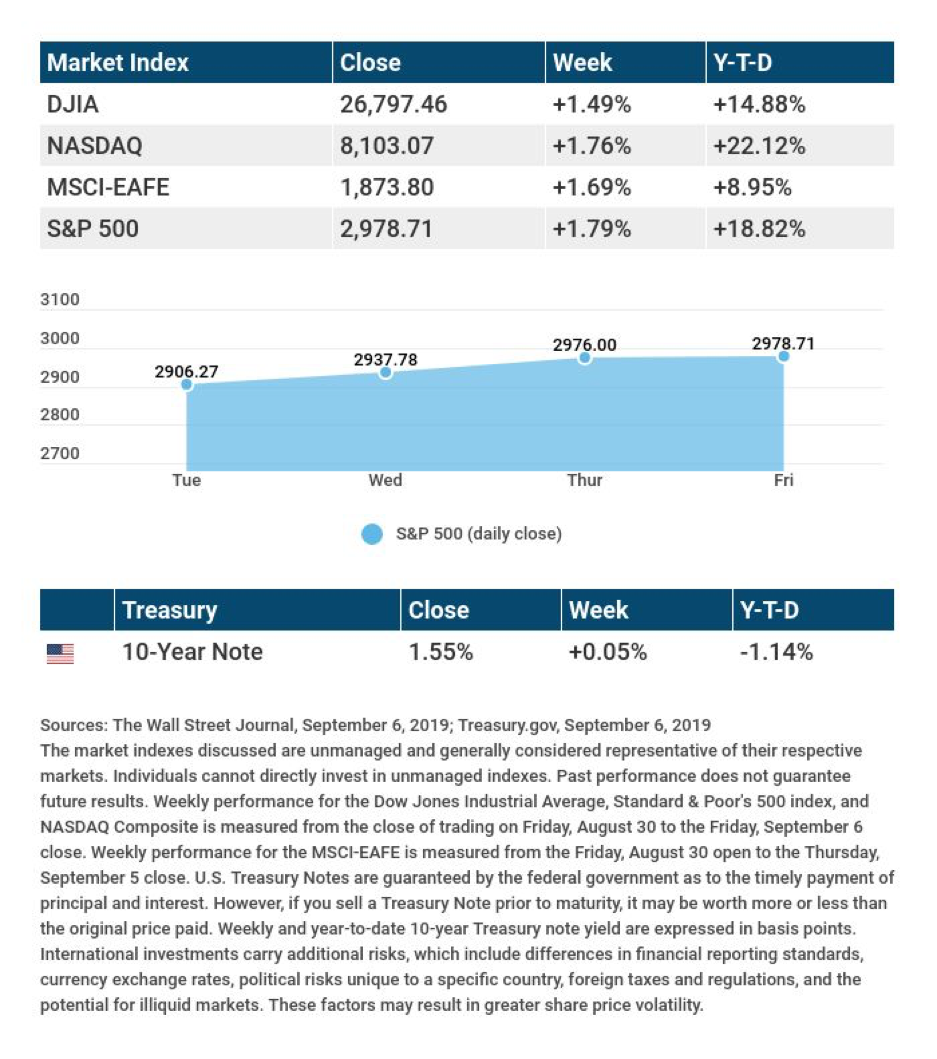