Nothing Conclusive Regarding Trade

As the market week ended, there was still haziness surrounding the state of U.S.-China trade discussions. Were negotiators on the cusp of a phase-one deal or further away?

Friday, President Trump told reporters that a deal was “very close,” but Chinese President Xi Jinping said that his country could decide to “fight back” against certain terms. Last week, a bill intended to support Hong Kong protesters advanced through Congress, and that development was not taken well in Beijing.[iii],[iv]

The Fed Assesses the Economy

Federal Reserve officials gathered for their October meeting “generally saw the economic outlook as positive” according to minutes from the central bank’s October monetary policy meeting released Wednesday. Some of them termed the economy “resilient.”

The minutes also noted that the Fed would wait to assess the impact of its recent interest rate cuts and that any upcoming policy decisions might be data dependent.[v]

Strength in the Housing Sector

Existing home sales improved 1.9% last month, by the estimation of the National Association of Realtors. Year-over-year, sales were up 4.6% through October, and the median sale price was $270,900, 6.2% above where it was 12 months earlier.

Wednesday, the Census Bureau said that single-family home construction increased for a fifth straight month in October. In addition, the pace of building permits for new homes hit a level unseen since 2007.[vi],[vii]

This will be an abbreviated trading week on Wall Street. U.S. stock and bond markets are closed on Thanksgiving Day (Thursday), and then reopen for a half-day session on Friday.

Wednesday: October consumer spending numbers appear from the Department of Commerce, and the Bureau of Economic Analysis publishes a new estimate of third-quarter economic expansion. 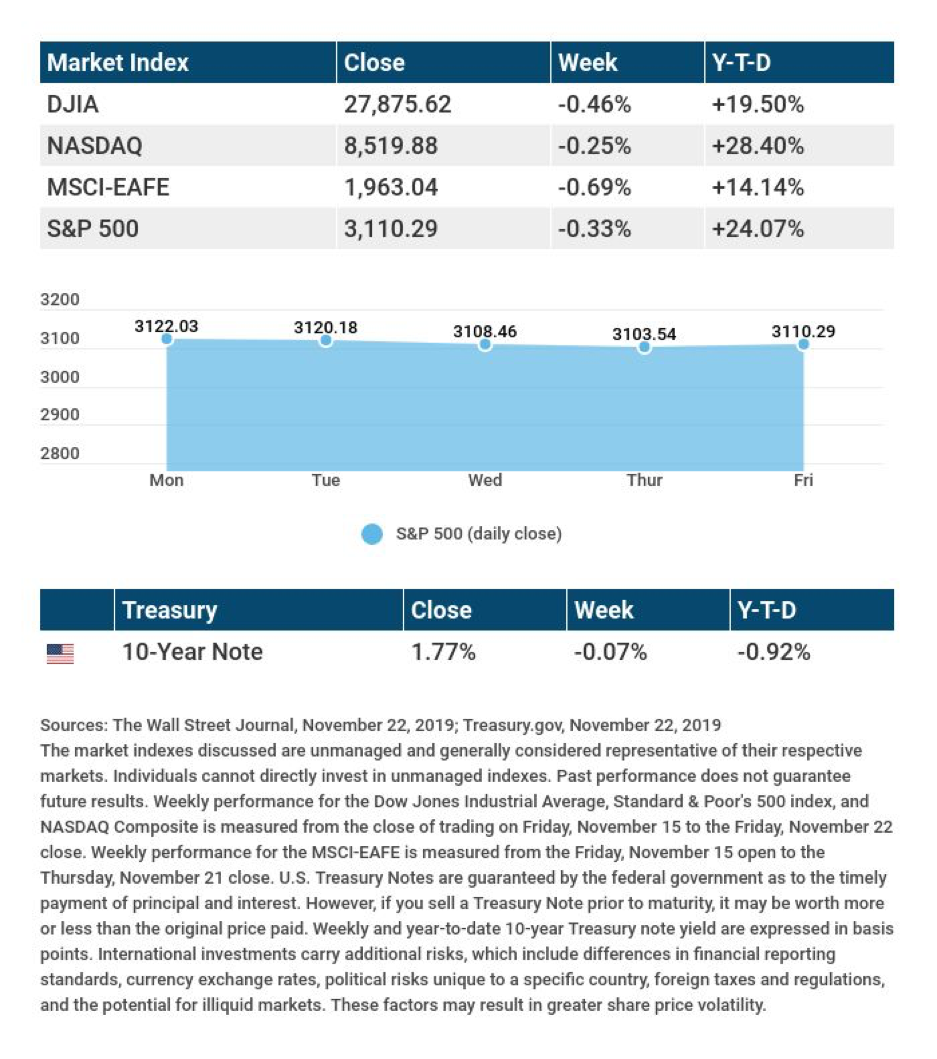