Investors reacted to two major news items last week, one far more of a surprise than the other. The Federal Reserve did indeed make a rate cut, matching Wall Street expectations. Drone strikes on two of the world’s largest oil fields brought a shock to the global oil market.

As last week began, crude oil futures spiked in response to an attack that interrupted roughly 5% of the world’s oil production. The value of West Texas Intermediate crude, the U.S. benchmark, spiked 14.7% in a day, or $8.05 to $62.90 at Monday’s close.

So, what day last week saw the biggest loss or gain for stocks? Not Monday, when the market absorbed news of the Saudi oil field strike. Not Wednesday, when the Fed rate cut occurred. Instead, it was Friday, when the S&P 500 lost only 0.49%. It just goes to show that stocks may ride through seemingly market-moving events with little daily change.[vii] 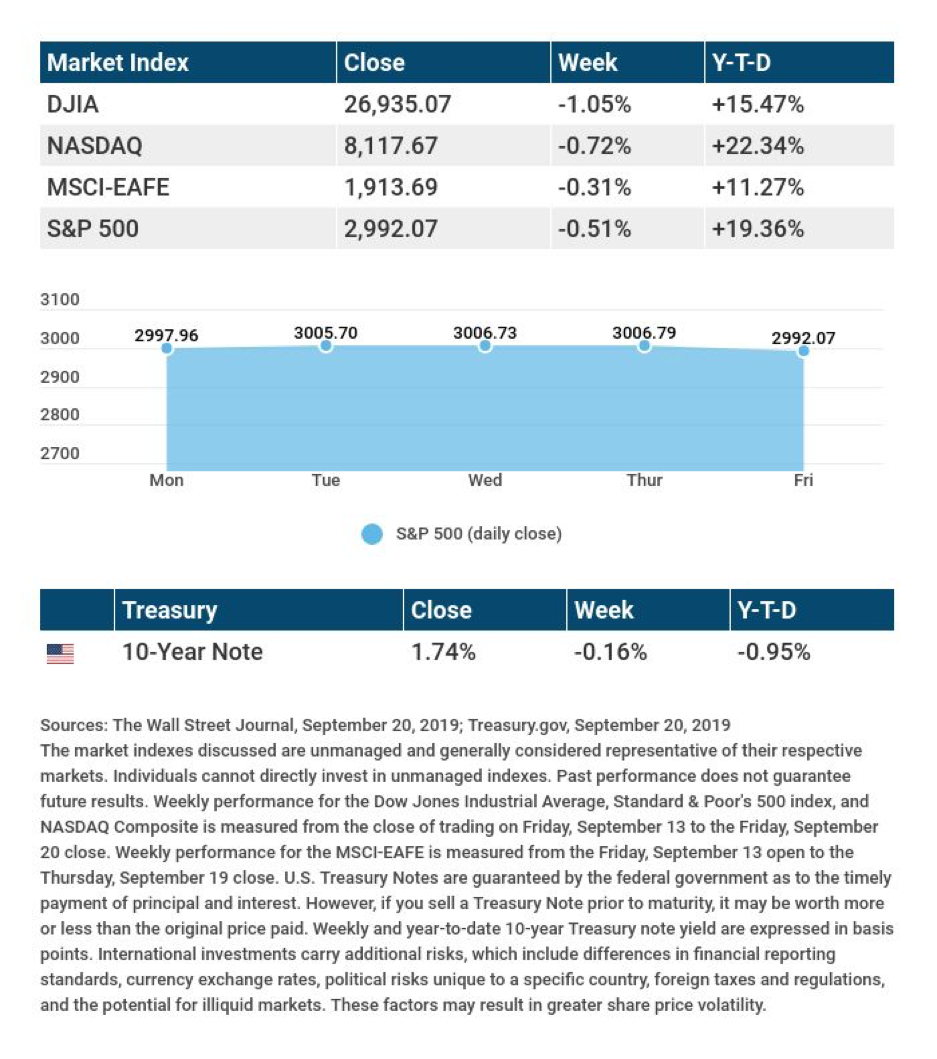