Stocks fell sharply at the start of last week over trade tensions, then recovered with help from strong earnings and indications that U.S.-China trade talks would continue. Even so, the major indices had a down week. The S&P 500 lost 0.76%, while the Nasdaq Composite fell 1.27%, and the Dow Jones Industrial Average declined 0.69%.

A broad selloff occurred Monday after China announced it would respond to increased U.S. tariffs by boosting its own import taxes on $60 billion of U.S. products. Friday morning, the Street breathed a sigh of relief as the Trump administration decided to delay 25% tariffs planned for imported cars and car parts; they had been slated to take effect on May 18. Just hours later, President Trump announced an end to U.S. tariffs on metals coming from Canada and Mexico.

At midweek, Secretary of the Treasury Steven Mnuchin told reporters that he expected the U.S. to resume trade negotiations with China in “the near future.”[iii],[iv],[v]

The first-quarter earnings scorecard is nearly complete, as more than 90% of S&P 500 companies have reported actual Q1 results.

Stock market analytics firm FactSet notes that 76% of these firms have beaten consensus earnings-per-share estimates. Overall earnings for S&P 500 components have surpassed expectations by 5.4%. Both these percentages are above 5-year averages.[vi]

The market is quite sensitive to trade developments at the moment, and it is unclear whether this will be a short-term trend or a long-term influence on prices. While the U.S. prepares its next moves, China also is preparing its response to any new U.S. tariffs, which could include manipulating its currency. 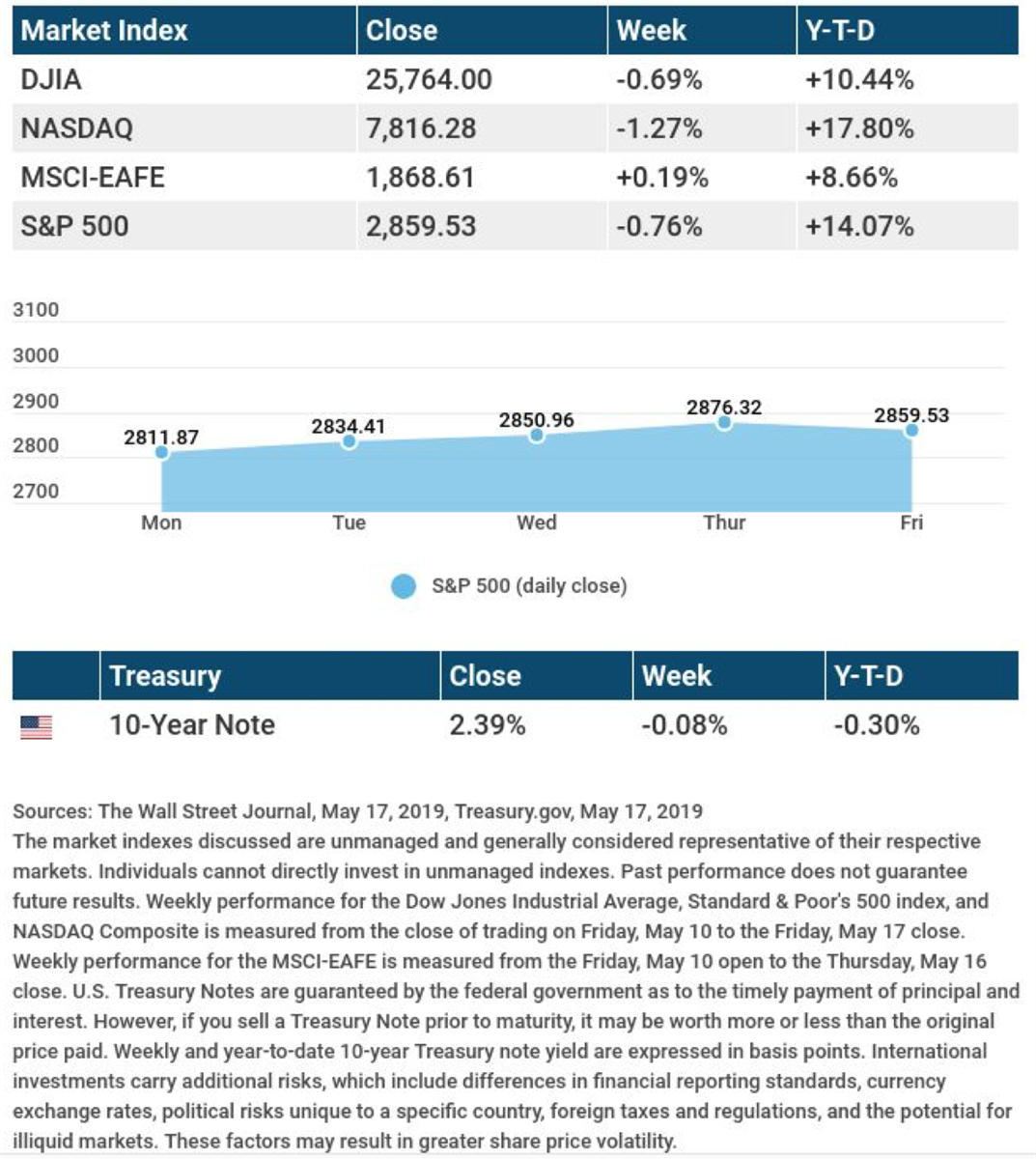